Shugenja Kokusai Bujutsu Renmei is an association made up of like minded individuals and groups who enjoy practising and teaching Japanese/Japanese derivative martial arts. We aim to provide support, education, training and advancement for martial art clubs, students and teachers.

We enable and facilitate a return to tradition through the training we offer and the Japanese organsatons with whom we are associated. This includes access to very high grades at both national and international courses and events including those held in Japan.

We welcome all schools/styles Japanese/Japanese derivative martial arts that might desire to re-establish links with their traditional roots n Japan and we do so in a spirit of mutual respect and understanding. The first step to becoming a part of the Shugenja Kokusai Bujutsu Renmei family would be to request more information by sending an email to info@yamabushiryu.com

Introducing Stephen Peil kyoshi. The new head of the SKBR. 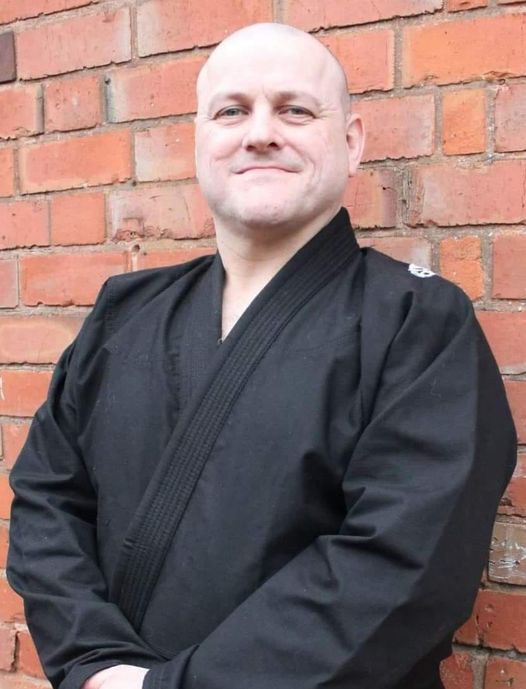 Stephen takes over the reins from Dave Baker kyoshi, who, as a Health and Safery/Compliance officer, has found his specialist skills in urgent need in these difficult and dangerous times. Consequently, Baker kyoshi has had to stand down from his position and has recommended Peil kyoshi to take over and lead the SKBR.
Peil kyoshi has a lifetime martial arts behind him and, in addition, is a veteran prison officer, so having excellent interpersonal and organisational skills.
Therefore he is particularly well suited to such an important position and we all both congratulate him and wish him well in leading the SKBR forward into an even more successful future!

Shugenja Kokusai Bugei Renmei, loosely translated, means the International Society of Warrior Monk Martial Arts. We have formed the Bujutsu Renmei to cater for those who want to be associated with the Yamabushi Ryu but who do not want to practice and/or teach our own particular martial arts and philosophies, but rather continue in their own system and style, while having access to senior grades, masterclasses, courses and technical guidance.

Members of the Shugenja Kokusai Bugei Renmei are subject to less stringent guidelines than instructors/students of the Yamabushi Ryu Bu Jutsu, and maintain a greater degree of autonomy. It is our aim to include, not exclude, and as a result we provide services, support and opportunities for instructors, clubs and students. Specific benefits of membership include:
•    Guidance and support
•    Membership of Japanese budo organisations
•    Advancement in rank and awarding of traditional budo titles
•    Accredited Instructor Training
•    Safeguarding/DBS checks

Higher dan grades may apply to the grading panel for a grading in their own art (given the usual time limits). For this they must provide criteria and a syllabus, which will be assessed and agreed before the grading can take place. If there is no one deemed qualified to assess the grading on the existing panel, an associate member of the school with the appropriate expertise will conduct the grading. Alternatively, those wishing to progress beyond their current level, may also train for a dan grade/teaching license in Yamabushi Ryu Bu-Jutsu.

Introducing Prof. David Baker kyoshi. FIMAS. The new head of the Shugenja Kokusai Bujutsu Renmei, under the auspices of the Yamabushi Ryu. Baker kyoshi is a lifelong martial artist with his specialisms including jiu jutsu, Japanese and Okinawan weaponry and self defence.
I would like to join with all members of the SKBR in congratulating him on this appointment.
Prof. Lee-Barron Hanshi
Kaicho, yamabushi ryu.

Prof. Dave Baker Kyoshi FIMAS has instructed me to publish the following list of new SKBR masters and instructors.

Receive the latest news direct to your email